It started with a boot.

On a sunny afternoon not that long into the lockdown in Scotland, I sat on my turbo trainer and casually threw a boot across the garden while recording it for Fiona Russell’s Give COVID the Boot video. At the time, probably because of the glorious weather, I made a vague mumble about planning to ride the distance of the Tour de France while on my turbo. That of course was before I’d checked to see what the distance actually was and if indeed it was doable for a wee 61year old wumman.

But I had given the undertaking on a public video, so I simply had to make the challenge real. I enlisted two of my fellow cyclists from Walkers Cycling Club , mother and daughter Susan and Fiona Walker – to help me ride the 2,200 miles and at the same time raise money for the Trussell Trust. And so the Tour de Lockdown was born.

All three of us had our reasons for taking up the challenge. Says Susan: “On 31st March I received the letter I had been both expecting and dreading telling me that the NHS had identified me as someone at risk of severe illness if I caught Coronavirus. The advice was unambiguous – stay at home and avoid all face-to-face contact for at least twelve weeks. There it was. I was now shielding”

Added Susan (aged 67 ¾): “After several years of health problems, I had been getting back out on my bike, enjoying both social and fitness benefits. The thought of losing that was yet another blow. Having a challenge to address was the perfect remedy, even if I did doubt how well I’d manage in the early days.”

I myself had been working from home after my workplace, West College Scotland went online with its courses. I had decided to use the time to get fitter and since the gym and the swimming pool were not available to me, the turbo trainer seemed a good alternative. I’d had cataract operations in the latter part of 2019 and had kind of lost my cycling mojo as a result. But this challenge certainly gave me the chance to get back on the bike, albeit in the shelter of my garden and garage.

Fiona Walker (45) had been similarly furloughed from her job at East Ayrshire Leisure where she works as a sports centre supervisor and fitness instructor and was missing her daily fitness sessions. Says Fiona: “It very quickly became clear that my work was keeping me fit and active on a daily basis, and the thought of not having that input frightened me. I know how easy it is to lose fitness in a short space of time, and how difficult it is to regain it. The challenge offered me a great way of keeping active.”

The three of us met through Walkers Cycling Club in Ayrshire. Indeed the club arose from the cycling shop founded and owned by the Walker family. Although Susan and her husband John have now retired and the shop – Walkers Cycling – is no more, the club remains its legacy and continues to make its presence felt in the Ayrshire area. In the past few years, Walkers Cycling Club has been instrumental in promoting cycling activities in the county, especially in the discipline of Cyclocross where its now legendary beach park course was twice selected to host rounds of the major HSBC Cyclocross Championships.

All three of us are accomplished cyclists in our own way although I consider myself a relative newcomer, having only taken up cycling in 2009. Susan has been cycling for a good 50 years, and in 1996 she and her husband John joined the ranks of successful Lands End to John O’Groats riders, having ridden the 1,115 miles on a tandem and crossing 25 counties in the process. 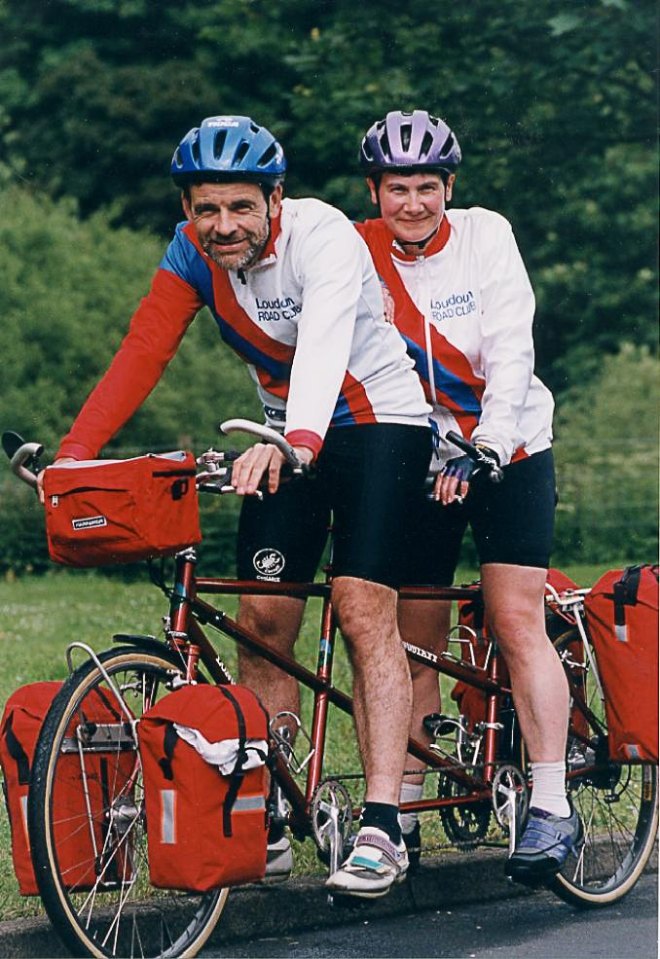 Fiona Walker has been riding for a number of years. “I rode my first MTB race nearly 31 years ago!” she says somewhat incredulously before continuing: “ I’ve raced MTB XC and endurance, road, TT, CX and track. These days I mainly just do track and CX.” Fiona’s never say die attitude has netted her several awards in prestigious events such as the British Masters Track championships. At this point Susan laughs and says of her daughter: “I remember she used to complain about being forced to join in family cycle rides when she was a child. Changed days indeed.”

One of the most successful aspects of the challenge was that it brought with it significant health and fitness benefits. Says Susan: “To begin with I was managing 5 or 6 miles in half an hour, but by the end I had worked that up to doing 15 miles in an hour, 6 days a week. And I have shed half a stone in the last 10 weeks.”

For Fiona Walker, the benefits have been more in line with mental health: “I’ve suffered from depression on and off for 20 years.” she states. “Cycling has always been a big part of dealing with it. I’m furloughed from work and live on my own, so in the early days of lockdown I had been struggling, especially with motivation. Riding my bike for this challenge has kept me going and having that goal made me ride even when I didn’t feel like it. I always feel better after a ride anyway, and this had the added bonus of being for a particular cause.”

Fiona Walker gets her race face on at the Doonfoot Trofee 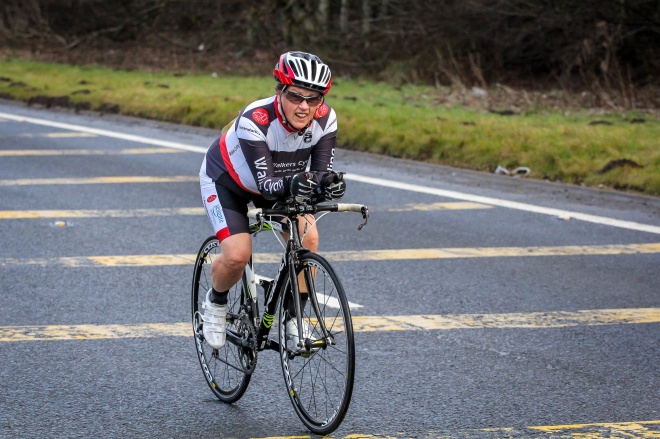 For myself, the benefits have been enormous. As a Type 2 Diabetic, I rely on being active for managing my condition. I took up cycling soon after I was diagnosed and it has helped me maintain a decent blood sugar level without having to resort to medication – something I am very keen to avoid. I was worried lockdown might compromise that so participating in the challenge was very welcome.  While I would never even begin to look on myself as a good cyclist (let’s be honest, you dont see terribly many 5ft1″, wimmin riders with, shall we say, a fine set of boobs)  it has been a great way of getting and keeping a level of fitness someone in their 7th decade should rightly be proud of.  Although I have other fitness outlets as well, I can’t see myself  relinquishing the bike any time soon.

All in all in has worked out well for us. For a start, both of us Fionas managed to get out on real roads once the restrictions were lifted sufficiently. More importantly, not only did we finish the challenge two weeks ahead of our plan, but we have raised in the region of £750 for the Trussell Trust. Additionally, we have managed to keep ourselves fit and active at a time when it would have been too easy to give in to laziness and cake. As Susan puts it: “There’s no such thing as too much cake; just not enough cycling.” The challenge has let us have our cake and eat it.

Now, did I ever get that boot back?