And so it went on. The optimum number of bikes is still n+1, except n has developed a new base number. For some bizarre reason, possibly temporary insanity, I decided I’d like to have a go at time trials and of course a set of tri-bars would simply not do. On the basis that I had the money at that point in time and it seemed a good use of the rest of the disposable part of my inheritance. And the bike was in my favourite colours too.

And so on such girlie logic my garage suddenly became home to a rather spiffing Ridley Phaeton. It got its debut in the autumn at the Georgetown Cup – an inter-team time trial event in which the main prize to aim for is not the top slot but the now legendary Georgetown Pie. Sadly, my debut was so good that I deprived us of this coveted award. I really must try to do worse next time. 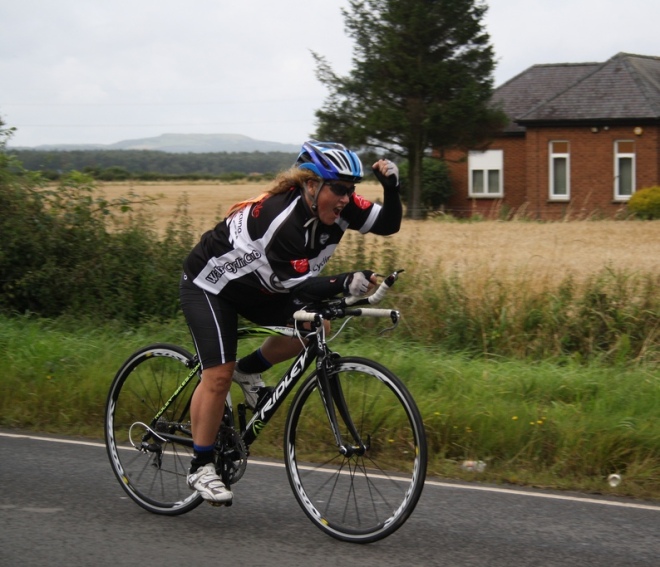