It was a typical Scottish winter day today – wet (when it wasn’t trying to snow that is) and cold, although admittedly we got it easy in that it hadn’t gone for the full house and thrown in a howling gale as well. Typical weather too for a cyclocross event as the constant rain for a week had created rather a lot of that cyclocross essential.

Now as it happens, I was not riding today, since this was the Scottish Championships and therefore was for the good riders and not for slow beginners. And when I saw the course, it became immediately apparent that neither was it for Great Big Jessies like me. For those not versed in the patois, a jessie is probably the Glasgow equivalent of a mixture of a sissy and a wuss but with extra frilly bits thrown in for good measure. Although the insult loses something when hurled at a female, it still holds its impact while simultaneously giving sufficient comedic effect to avoid the insulter being on the receiving end of a good old Glasgow Kiss, which believe you me is not at all the gesture of endearment its name suggests.

My role today was as chief-photographer-who-is-prepared-to-brave-the-elements-to-take-pics-of-even-dafter-club-members. Five Walkers Cycling Club stalwarts (that’s Euphemistic for total nutters) were competing on a very muddy course that included a short woodland section that looked as it the RAF had been using it for bombing practice, a grit track, a strange ziz-zag section through a car-park, an 8% uphill ride of about three quarters of a mile followed by a sweeping descent on red shale leading to a tight bend. And all that interspersed with, yup, you’ve guessed it:

But here’s the strange phenomenon: every single one of the competitors had a thoroughly great time such is the camaraderie and atmosphere at Scottish Cyclocross events. I suppose one just accepts that it is going to be, to use the correct technical term, shite weather when one cycles in a Scottish winter. And that is doubled when you throw in the cross-country aspect. It should also be pointed out that this was a rescheduled event as at the time it was supposed to be held last November, the ground was deemed too icy to be safe, coinciding as it did with our only real prolonged period of frosty and icy weather. Today’s event did resemble a bizarre form of skating at times, but at least it was the sort that led to a soft landing for those who ended up on the ground.

I shall give cyclocross a better go next season – indeed I have actually gone ahead and set up a couple of beginner sessions so I can get a better handle on what I should be doing. I love the friendship and general daftness that goes on around it. I reckon is it all to do with the mud – there really is nothing quite like it for cooling the blood. 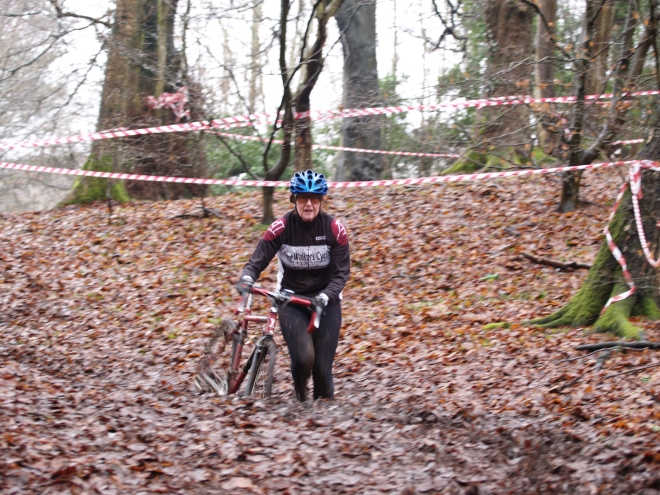 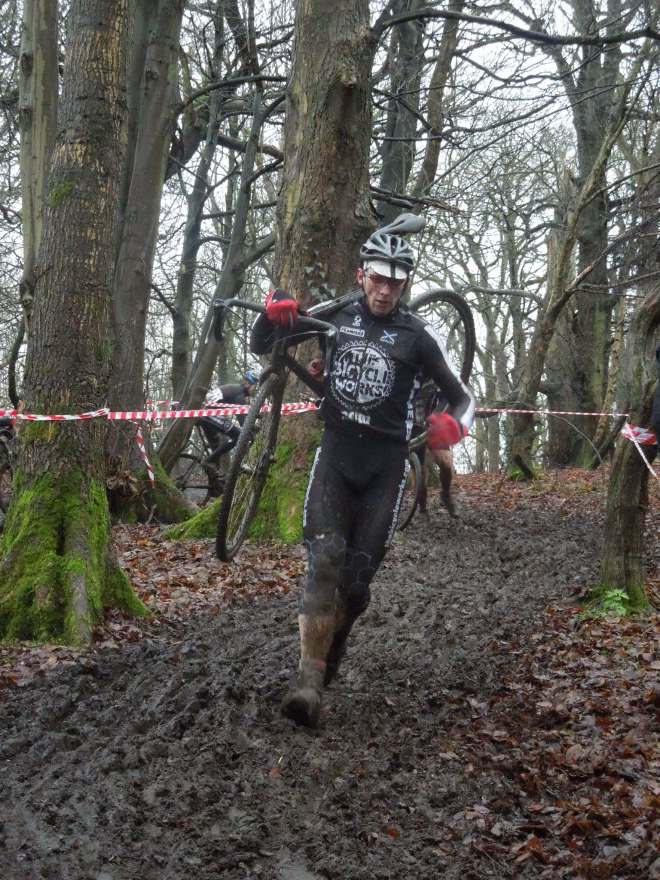 At the top of the incline 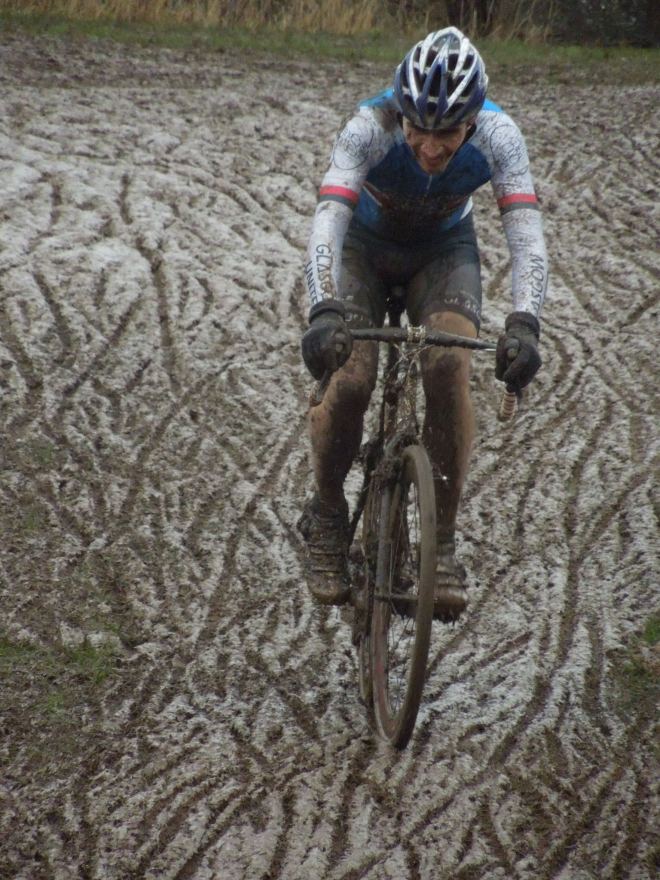